Awareness is a powerful thing. Simply reminding drivers when they’re speeding has been shown to change the way they drive, even miles down the road.

From basic Your Speed signs to interactive signs displaying custom messages and images, we have what you need for safer streets.

Signs can be mounted permanently or temporarily with options like pole mounts, trailers, and universal mounting brackets.

Study after study demonstrates that drivers respond to speed feedback by slowing down and driving more safely.

The Data You Need

All SafePace signs are web-enabled so you can see data, download reports, and manage signs right from your desk.
GET A QUOTE

They have been proven effective in improving safety on local roads, in school zones, communities, and work zones. 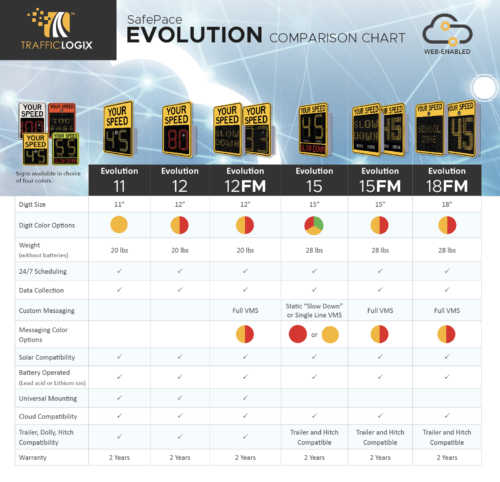 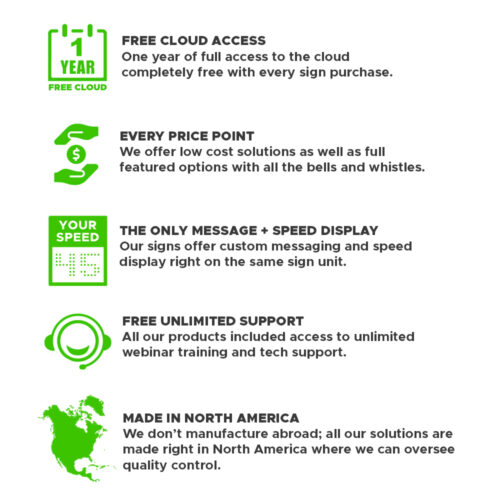 Traffic Logix helps to safeguard the ordinary, every day.

SafePace digital radar speed signs are designed to slow cars down to help make your streets safer for everyone who uses them. All Traffic Logix speed signs are web-enabled and offer wireless communication. That means you can manage signs remotely as well as access traffic statistics and reports right from your desk.

Our digital radar speed signs display driver speed data, making drivers aware that they are traveling above the speed limit. Research shows that they are effective in slowing speed violators, particularly with today’s highly visual, often distracted drivers. Radar signs are popular on local streets, in private communities, in work zones, and for school zone applications.

The goal is for drivers to reduce their speeds once they realize they are traveling too fast. Also known as speed display signs, driver feedback signs, and “your speed” signs, radar signs operate on the feedback loop theory: when people are presented with information about their performance, they tend to notice and improve. Digital speed signs  activate this feedback loop by alerting speeding drivers to their current speeds along with posted speed limit signs.

Radar speed signs are usually installed in areas where speeding is a concern or where vehicles come in close proximity to pedestrians such as school zones, construction zones, residential areas, and college campuses. In some instances, these signs are used to gather information to see if additional traffic control measures are needed.

Speed radar display signs have been shown to slow drivers an average of 10%, usually for several miles down the road. In most cases, drivers will slow down when they see that they are driving too fast. Radar speed signs tend to have the greatest effect on streets where vehicles average at least 10 mph over the posted speed limit.

With SafePace signs, you can change the way that motorists drive on your streets. With intuitive features such as flashing digits and integrated strobe lights to warn speeders, easy-to-program sign options, and built-in traffic data collection, SafePace signs are the solution you need for safer streets.

SafePace speed radar signs have been installed across the US, Canada, Central/South America, Mexico, and India. The signs use solar, AC, or battery power. The competitively priced speed display signs are intuitively designed, incorporating elements that reflect the concerns of today’s cities and the habits of today’s drivers.