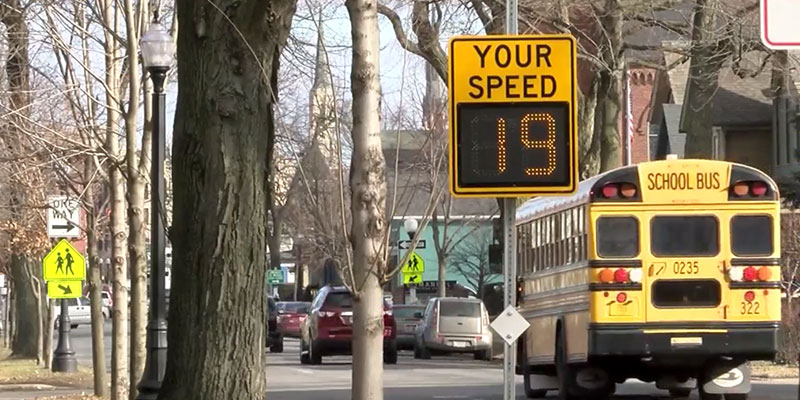 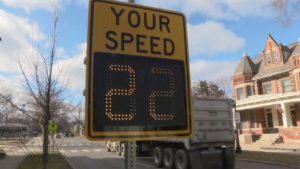 FORT WAYNE, Ind. (WPTA21) — You may have seen a flashing sign on your way in and out of downtown Fort Wayne showing you how fast you’re going.

It’s a collaboration between the city and Fort Wayne Community Schools to raise awareness about speed in school zones which could turn into a police crackdown if speeding continues.

“We all know that there’s problems with people going too fast in school zones, disobeying stop arm violations, all that. This is just one thing we can partner with Fort Wayne Community Schools, make the community just a little bit safer,” Fort Wayne traffic engineer Kyle Winling says.

To try to improve safety in that school zone, last spring for a week, city traffic engineers put out a radar sign showing drivers their speed to see whether it would make a difference.

“We had average speeds during morning school drop off of 30-35 miles an hour. On that Friday it was down to 23, which is a huge improvement. That’s almost 10-mile an hour drop in speeds. So the idea is that hopefully this encourages the same behavior and this will be more permanent across the city,” he says.

Encouraged by that success, Fort Wayne Community Schools paid for two moveable radar speed signs that are installed right now on washington and jefferson to see if they generate the same results.