You are here:
Work Zones

Each Spring, National Work Zone Awareness Week brings attention to work zones and the need for safety for 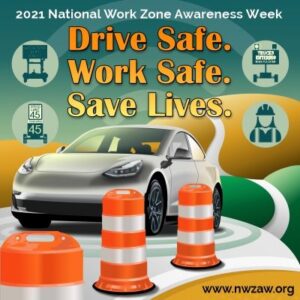 drivers and workers. At Traffic Logix, we’re a big fan of Work Zone Awareness Week as we help cities and DOTs across the country to protect construction zones every day. And awareness is a critical part of protecting the millions of people who drive through or work in these zones every day. But what if awareness isn’t enough?

Awareness alone is certainly sobering. In 2019, 842 lives were lost in U.S. work zones. 135 of those were construction workers; the other 707 were people passing through. Everyone is at risk. But how can you make that awareness into a tangible plan that protects lives in and around work zones? The theme of this year’s awareness event is: Drive Safe. Work Safe. Save Lives. At Traffic Logix, we’re here to help make that a reality during Work Zone Awareness Week and all year long.

Educating people about the importance of safe driving in construction zones is important. But what happens to that education when they’re actually passing construction? Do they remember or are they lost in thought, music, or even using their phones? Driver feedback signs alert drivers to their speeds while showing them posted speed 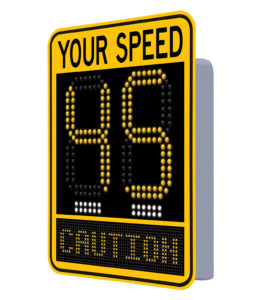 limits. The bright LED digits are a powerful tool for today’s highly visual, often distracted driver. And SafePace signs from Traffic Logix offer scheduling based on day and time so you can change speed limits based on construction schedules.

To Awareness and Beyond

Awareness in the broad sense is certainly a prerequisite to safer work zone driving. But solutions like driver feedback signs help to cement that awareness and bring it into the present. SafePace signs remind drivers to slow down right as they’re approaching work zones. They also alert them to changes in speed limits. And they flash to warn drivers who fail to slow down. They take the initiative of Work Zone Awareness Week and bring it into every week of the year. Create safer construction zones with Traffic Logix solutions and save lives on your streets.

Can Work Zone Radar Signs Encourage People to “Drive Like You Work Here?”