Five Ways to Calm Traffic on Your Roads 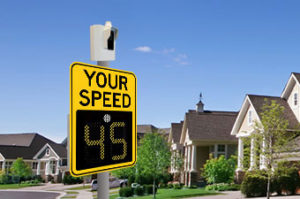 from one place to another. But what about when existing road design isn’t doing what it should? When cars speed, pedestrians are not sufficiently protected, or bicyclists don’t have adequate room to ride, traffic engineers have to explore new ways to keep roads safe.

Here are five ways to make existing roads calmer and safer for everyone who uses them.