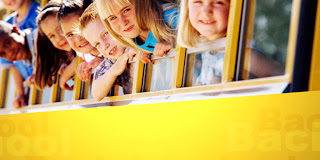 When cars are speeding in local school zones, radar speedsigns are a natural response. But what about when there’s no room in the budget
for them?
The city of Toronto has four SafePace radar
signs mounted on trailers and rotated weekly throughout the city. Midtown
residents want more.
They want the signs installed on streets around two local schools in the neighborhood
to stop cars from speeding and ensure kids can get to and from school safely.
And they’re willing to pay for them.

Councilor Christin Carmichael Greb said she’s received
numerous calls from school councils, resident associations, and even
individuals willing to help foot the bill for the SafePace speed signs.
The city is considering whether they can accept public
donations to fund the speed display signs,
which have been effective on other city streets in slowing cars down. While the
signs would be purchased with private funds, they would still be managed by the
city who would rotate them on streets around the schools.
The president of a local community association thinks
fundraisers should be held for radar signs and
other safety solutions in every ward in the city. For more impoverished wards,
he proposed raising funds from other parts of the city.
Read the full story here.
Share this post
TweetShare on Twitter Pin itShare on Pinterest Share on FacebookShare on Facebook Share on LinkedInShare on LinkedIn