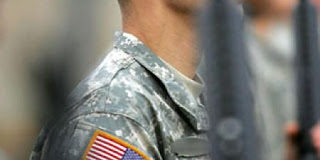 Military and air force bases often use traffic calming to ensure healthy flow of traffic and to protect military professionals and their families. Traffic Logix solutions have been installed in tens of military, air force, and navy bases both in the US and abroad. The solutions most purchased by military bases are our rubber speed humps, rubber speed tables, and SafePace 100 low-cost speed signs. 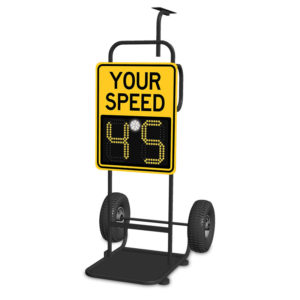 The bestselling SafePace 100 speed sign is also a popular choice on military and air force bases due to its low cost and  portability. The compact speed sign displays vehicle speed in brightly lid LEDs, reminding drivers to stay alert and slow down. A user-friendly software interface lets you program the sign
including choosing at what speed the sign digits or built in strobe
light should flash to warn drivers.The lightweight speed sign is energy efficient and offers optional battery power that allows the sign to function autonomously for 2-4 weeks.Universal mounting brackets can be installed on several poles, allowing you to rotate the sign for use at multiple locations.

Traffic safety is a growing concern on military roads. Military traffic calming can help make your base a safer place.