Every driver knows that speed limits are one of the most important rules of the road. Violating them can result in fines from law enforcement, and repeated offenses for speeding motorists can even lead to the loss of a driver’s license.

In addition, speed limits are heavily enforced in the United States by law enforcement, and new technologies have led to more effective enforcement to measure speed and catch speeders. Here are some important things that you need to know about speed limit enforcement and how it has changed over the years. 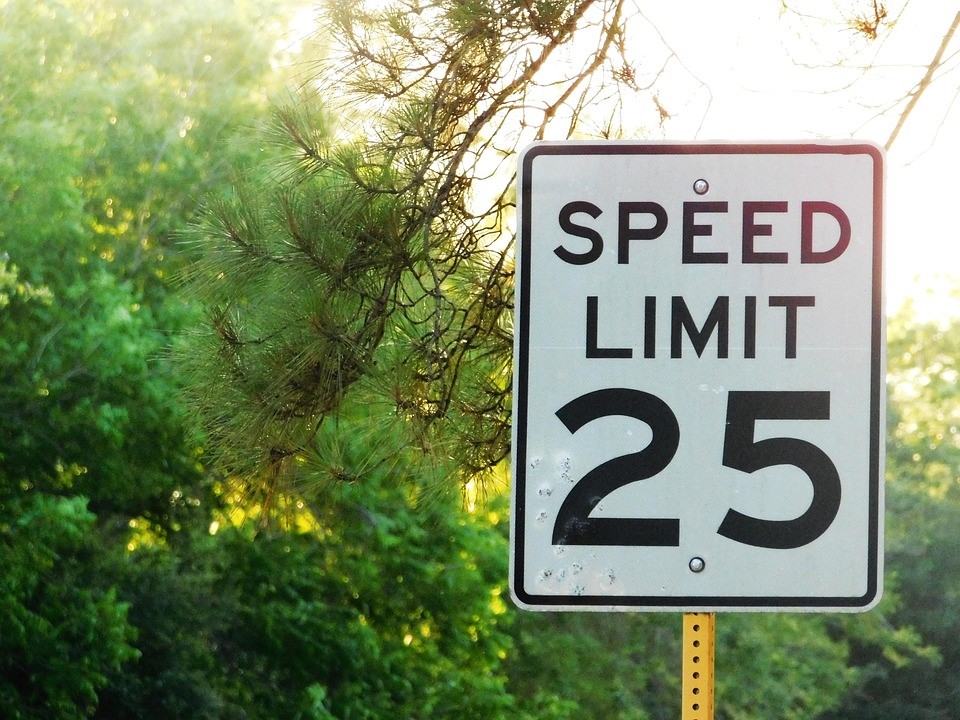 The History of Speed Limit Enforcement

Speed limits were first created in 1901 to improve traffic safety and reduce the risk of vehicle crashes. While setting speed limits used to be completely up to state discretion, the first federal speed limit law was passed in the 1970s in response to oil shortages. Speed limit signs then started cropping up on the side of the road to notify motorists of how fast they should be travelling.

Variable speed limits are essentially speed limits that change based on time of day or week. They are generally used in areas like school zones or work zones where people are more vulnerable to speeding motorists. Today, they have become commonplace, but this was not always the case. In fact, the first variable speed limit was created in 1965 in Germany. While law enforcement may not always be present to catch speeders and issue a ticket, variable speed limit signs on their own are often enough to improve traffic safety. Most drivers do not intend to speed, and a visual reminder of current speed limits slow them down and keep them at safe speeds.

Radar Was Not Always Used

There was a time when radar enforcement was not yet common, and law enforcement officers had a more difficult time accurately measuring speed. However, officers with a significant amount of experience in the field were able to estimate the speed of a car by observation accurately enough to catch speeders and issue a speeding ticket. However, this method did not give accurate data on how fast a driver was actually traveling.

Posted speed limits are intended to be ongoing reminders to drivers to regulate their speeds. However, on their own, they are seldom enough to prevent speeding. Below are the primary methods that are used by law enforcement agencies to measure speed and effectively enforce speed limits.

In one observation technique, the law enforcement officer is located on the side of the road, and observes the amount of time that it takes vehicles to travel between two points. While observation is generally not the go to method of speed limit enforcement, it can be utilized in some cases.Another observation technique involves an officer examining the distance between his/her patrol car and the vehicle passing by to estimate how fast the vehicle is traveling.

Often, enforcement of speed limits is done using radar from a police officer who is hidden from view. In order for radar measurements to be accurate, the device that’s used for measuring a driver’s speed must be calibrated properly. Law enforcement agencies began using radar to measure the speed of vehicles in 1954, and the first jurisdiction it was used in was Chicago. Pennsylvania is the only remaining state that still does not allow municipal police officers to use radar to measure speed.

Another type of instrument, called Lidar, has become more common in recent times. This technique uses lasers to effectively estimate the speed that a vehicle is traveling at, and is considered to be one of the most accurate forms of speed enforcement.

We’ve all seen the signs warning of aircraft speed limit enforcement, and most of us have probably scoffed at the idea that speeds are actually being monitored by airplane. However, aircraft enforcement, while being phased out by many states, is an actual practice that has been used to monitor vehicle speeds. For example, Virginia has reported that due to budget constraints, aircraft enforcement is no longer a viable way to catch speeders. However, Iowa has 8 dedicated helicopters for observing speed limits and catching speeding motorists who drive dangerously or recklessly.

While speed camera systems are not yet a standard practice in the United States, they are in some areas of the world. They are growing in popularity in cities across the United States in recent years as well. There are a variety of reasons for this, and one of the most fundamental ones is that speed camera systems can catch every speede. They have a significant influence on the way people drive and are a powerful tool to encourage drivers to obey speed limit signs.

How Many Areas In The United States Use Automated Enforcement?

There are currently close to 100 jurisdictions that use automated speed enforcement to capture images of speeders and issue speeding tickets. Speed cameras are typically mounted on the side of the road. They measure speed and capture images of speeding motorists, which can be automatically mailed out as warnings or used to issue a ticket. Speed cameras typically use radar or lidar technology. They are making a strong impact on how speed limits are enforced and changing the way people drive.

Just how much accident rates are reduced varies from one region to another, but crashes that result in injury are reduced by an average of 28 to 48 percent. The incidences of crashes that cause property damage but not injury are reduced by as much as 46 to 56 percent with automated enforcement. Crashes that cause serious physical injury have become 11 to 44 percent less common with speed cameras, and this reduction could be insightful in using speed cameras to save countless lives.

How Much Slower Do People Tend To Go In Regions Where Automated Enforcement Is Used?

Studies found that drivers went an average of 1 to 15 percent slower in regions where speed camera systems were utilized, which is enough to result in less serious injury and decreased likelihood of death in the event of a crash. The reason for the range of speed reduction is that the effect of speed camera systems on drivers significantly varies depending on the type of roadway as well as many other individual factors.

How Long Does It Take Jurisdictions To Implement This Enforcement?

The specific amount of time that it takes to implement the changes varies from one region to another, but it is often somewhere between four and six months to fully plan and integrate speed camera systems including educating residents about how cameras measure speed and setting up a system to issue tickets or warnings. It’s likely that it will take less time to integrate this technology in the future due to improvements in technology training and integration.

How Long Do Cameras Reduce The Speed Of Drivers?

In addition to causing drivers to reduce speeds in the areas where speed camera systems are in place, people often tend to drive slower for a significant distance beyond the zone of automated enforcement, and this can help to substantially reduce the frequency of accidents as well. 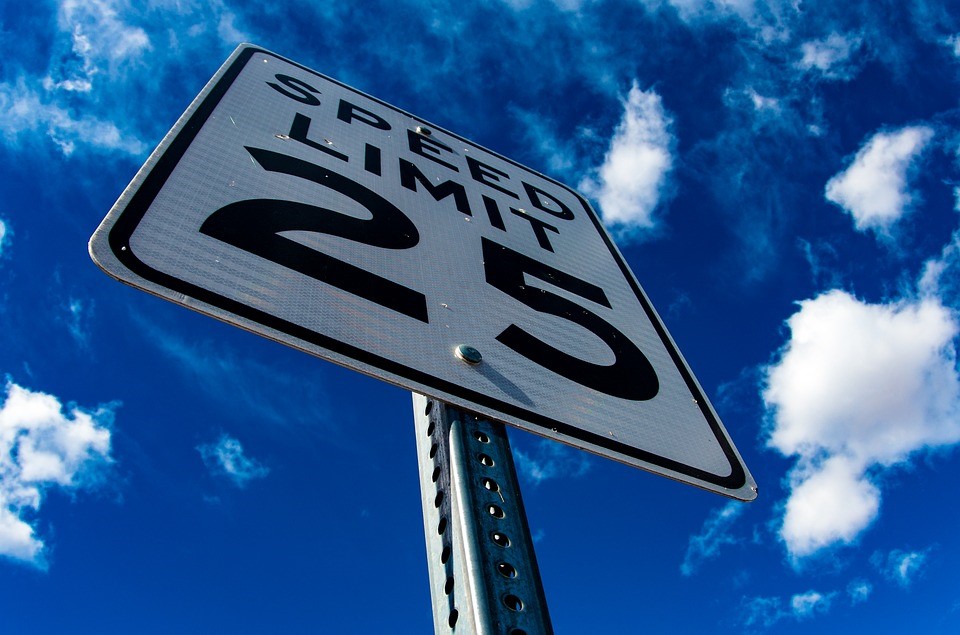 What Can We Expect In The Future When It Comes To Speed Limit Enforcement?

While it is difficult to predict what the future will bring when it comes to the enforcement of speed limits, these are some changes that we may encounter in the future.

Speed Limits Are Likely To Change

As new technologies are implemented that make driving at higher speeds safer and to enforce proper traffic safety, it’s possible that the speed limit in some regions will be increased. However, higher speed limits may mean more accidents. One study showed that increased speed limits in some areas may have led to as many as 37,000 more accidents. In addition, the average American vehicle is now more than ten years old, and it’s uncertain whether or not vehicles of the future will be better equipped to avoid crashes at higher speeds.

Not only is radar likely to become more accurate, but it’s likely to advance in ways that allow law enforcement officers to measure speed and catch speeders from further away. Furthermore, it’s likely to become even easier for radar measurements to be transmitted using the internet due to the increasing availability of smarter technology.

As more research shows the benefit of photo enforcement on driver behavior, it’s likely to become a more popular way for cities to control dangerous driving and protect their roads.

Satellites could monitor entire roadways with ease, and this would remove much of the burden of monitoring roadways from law enforcement agencies. Currently, satellite enforcement of speed limits is already being implemented in the UK through a program called Speed Spike and being used to improve traffic safety.

This program uses satellites to capture the speed of drivers on two stretches of road, and the system works regardless of the weather. Furthermore, the satellite program can also detect speeds at night, as satellites are capable of seeing more than just visible light. While satellites are currently quite expensive, this may change in the future, and may put satellite technology within the budget of local governments to measure speed, catch speeders, and discourage speeding motorists from continuing to put themselves and others at risk.